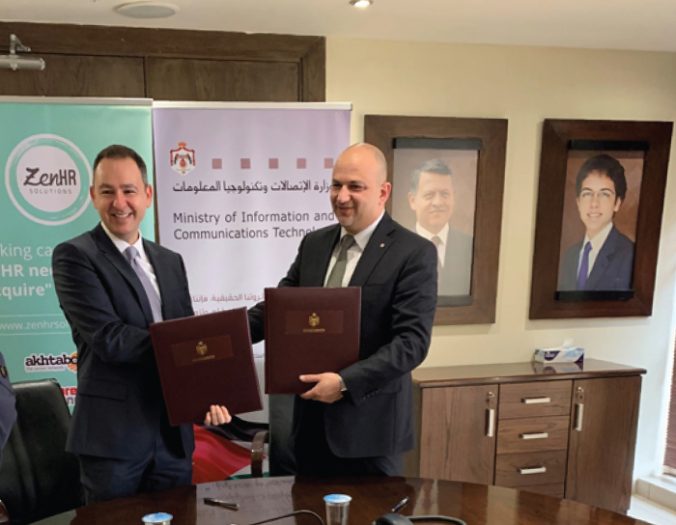 ZenHR Solutions, the revolutionary human resources solutions group has signed a partnership agreement with the Ministry of Information & Communications in Jordan to cover the HR and recruitment needs of their startups through ZenHR‘s Human Resources Management System (HRMS) and Akhtaboot‘s recruitment services.

His Excellency Eng. Mothanna Gharaibeh, the Minister of Information and Communications Technology said about this partnership: “We at the Ministry of Information and Communications are actively looking for ways to spread the culture of entrepreneurship, creativity, and innovation in all of our Jordanian governorates. We are currently working to transform 80 knowledge stations into business incubators and business accelerators during the years 2019 – 2020, and the Ministry has already started implementing this project with the launch of 40 knowledge stations this year.”... Read More ... 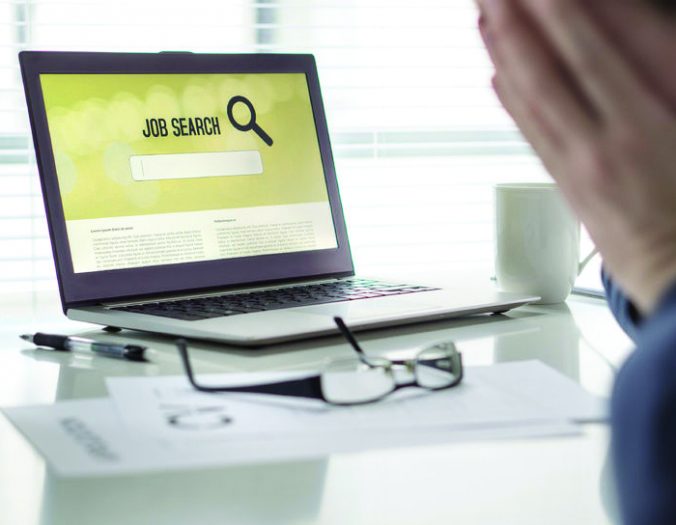 Should You Find A Job or Start Your Own Business?

Have you been job hunting for quite some time, but it just seems like all your efforts are going to waste? Are you waiting by the phone expecting a call for a job interview? It’s normal to contemplate starting your own business when all else seems to fail. It would be easier wouldn’t it? Nothing seems more glamorizing than running your own business. The truth is, many job seekers find themselves in this conundrum: “Should I find a job or just start my own business?” Before you decide on an answer, ask yourself the following questions:
What Sort of Experience Do I Have?... Read More ...

Successful People Who Failed at First

Winston Churchill once said, “Success consists of going from failure to failure without loss of enthusiasm”. Not all the famous people that we know today had a smooth road to success. Did you know that the man who created the iPhone was a college dropout and was even fired from his own company? It might come as a surprise that many of the successful business leaders of today have fallen down before they made it. Akhtaboot highlights some good examples about successful people who have experienced stumbling blocks on their way to fame.

Akhtaboot as one of the Fastest Growing 500 Companies

Akhtaboot – the career network is proud to announce that it has been included in the “Arabia Fast Growth 500” List, a project of AllWorld Network which highlights the ranking of the fastest growing companies in the Middle East and North Africa (MENA) region, Turkey, and Pakistan.
In the Levant, Jordan took first place with 27 fast growth company winners, followed by Lebanon with 14 winners, Palestine with two winners, and one winner from Syria. Overall, Jordan was fourth on the Arabia500, competing against the much larger economies of Turkey, Pakistan, UAE, and Saudi Arabia.

Yousef Shamoun, Co-founder and CEO of Akhtaboot said:
Being selected as an Arabia Fast Growth 500 company is an honor as well as a true testament to the efforts of our team who have played an instrumental role in helping Akhtaboot achieve sustained growth year-over-year.... Read More ...

Akhtaboot Participates in Meydan Launch at Zara Expo on May 15th

Meydan, a new age accelerator for Business Start-ups with focus on reducing time from Idea to Revenue (I2R), announced its official launch at Zara Expo Hall B – on the 15th May, 2010. The non-traditional event gathered under one roof a number of pioneers, thinkers, entrepreneurs, businessmen, investors and other Meydan community members to celebrate what might just be Jordan’s platform to develop a growing economy that rivals the best in the near future.

Initiated in 2010 by Al Jude for Science Care, Meydan runs three programs almost in parallel; the Accelerator, Idea Space and Volunteer program(s). These programs provide the Jordanian creative and innovative minds with the platform and support system that enables them to generate ideas and build upon them.... Read More ...

“In Cairo, Endeavor selected an impressive array of entrepreneurs that are running companies that will not only change industries but also create value-added jobs that are necessary for any growing economy. We are delighted that our Jordanian entrepreneurs, Mohamad Haj Hasan and Yousef Shamoun from Akhtaboot (www.akhtaboot.com), were among those selected.” said Endeavor Jordan’s Managing Director, Carmen Saad.

Akhtaboot – Arabic for “octopus” – is an online recruitment company serving the broader Middle East and the GCC markets.... Read More ...

AIESEC Jordan organized its National Leadership Development Seminar in Amman with the support of Akhtaboot – the Career Network, as Official Learning Partner for the year 2009.

The National Leadership Development Seminar is an important part in the education cycle of AIESEC Jordan, which allows AIESEC members, foreign AIESEC interns and AIESEC stakeholders to explore leadership in context to the current global environment while sharing knowledge about the organization and its vision.

Akhtaboot’s Career Planning session tackled a number of career development issues such as career planning, CV writing and interview skills, and once again the course proved to be an invaluable experience for AIESEC members, providing several effective tips on how to approach the job market.... Read More ...

So you have a great business idea in your head? Want to start your own venture? Here is how!

Have you ever sat at your cubicle and asked yourself, what am I doing here exactly? Is this really what I want to be doing for the rest of my life? These are only a few questions many of you ask yourselves on a daily basis. As kids, we would dream of what we would really like to become when we grow up. Some wanted to become dentists others wanted to become businessmen. Whether you actually followed your dreams or not, you must understand that it is never too late to do so!

With that being said, it seems like almost everyone who is stuck in a cubicle is dreaming of quitting their steady job to start their own thing and get rich immediately.... Read More ...

Do You Have What it Takes to be a Great Leader?

What is a leader? By definition, a leader is someone who leads others towards a common goal, influencing them to do things and creates an environment of trust, support, and teamwork.
Being a leader is not as glamorous as the job title may suggest; it takes tremendous commitment, dedication, and selflessness.
For centuries, people have debated whether leaders are born or made? Actually, there are several answers for this question and all of them conclude that leaders are both, BORN and MADE.
In today’s workplace, we have many managers and supervisors, but few of them are truly leaders. So what are the main characteristics that you should embrace in order to become a truly effective leader?... Read More ...