Successful People Who Failed at First 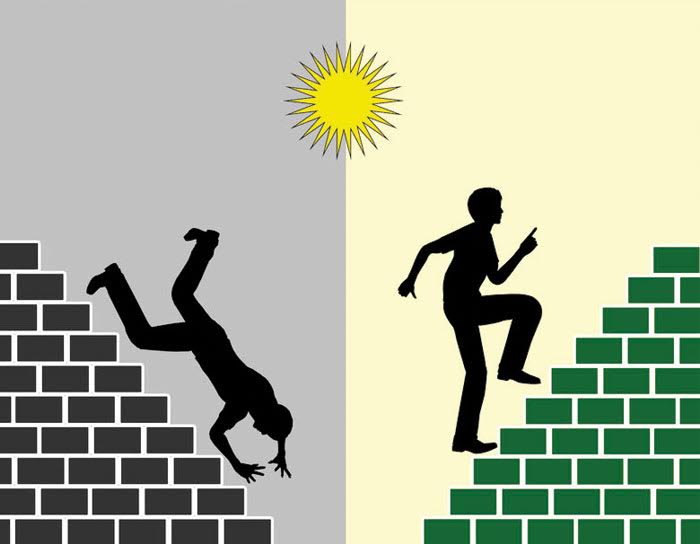 Winston Churchill once said, “Success consists of going from failure to failure without loss of enthusiasm”. Not all the famous people that we know today had a smooth road to success. Did you know that the man who created the iPhone was a college dropout and was even fired from his own company? It might come as a surprise that many of the successful business leaders of today have fallen down before they made it. Akhtaboot highlights some good examples about successful people who have experienced stumbling blocks on their way to fame.

Before starting his billion-dollar company known as LinkedIn today, Hoffman founded his first company in 1997. Social Net was known to be an online dating and networking site, which Hoffman had to abandon in 1999 since he was managing it with minimal experience. Hoffman co-founded LinkedIn in 2002 with two of his colleagues from SocialNet. They launched the website in 2003, which succeeded in becoming one of the biggest business-oriented social networks today. After learning from his mistakes, Hoffman advices entrepreneurs to always have a back-up plan and to also make “intelligent” risks, which are manageable when faced with a problem.

Honda was still in school when he started working at a car workshop, and applied for an engineering job at Toyota. Unfortunately, he was turned down and he remained unemployed for quite some time. Nonetheless, Honda’s love for automobiles did not subside. In 1946 Honda opened his own factory. Soon enough, Honda Motors started producing motorcycles that grabbed the attention of foreign companies all over the world.

At the age of 65, Sanders, retired, was still really fond and proud of his fried chicken recipe. He was very persistent to sell this recipe to local restaurants. Sanders failed 1,009 times before he heard his first  “yes” and a restaurant finally agreed to use his recipe. Today, you might be familiar with Sander’s Kentucky Fried Chicken. By 1964 Sanders had almost 600 franchises selling his chicken recipe. He later sold his company for 2 million dollars. Sander’s perseverance and devotion as a 65-year-old man is definitely an inspiration.

As you may know, Sony is one of the most famous electronic companies in the world. But did you know that Sony used to sell rice cookers at first? Rice cookers that burned the rice rather than actually cook it! Dealing with the failure was ultimately humiliating especially since fewer than 100 units were sold. Morita, however, never gave up. After creating his first ever tape recorder, Morita went on to designing radios, which he ended up selling in America. Today, Sony is an international company focusing on the digital market, and Morita’s devoutness and determination made him persistent in keeping the business successful.