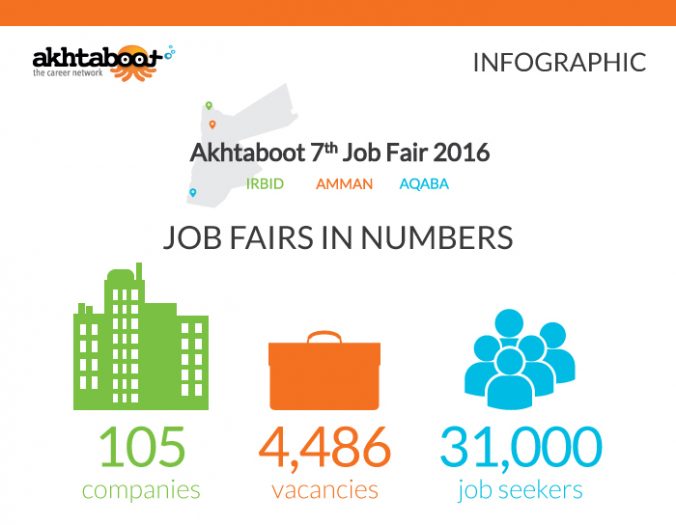 We’ve conducted surveys during the 3 Job Fairs, so here are some useful numbers and stats about Jordan’s biggest career event in 2016: