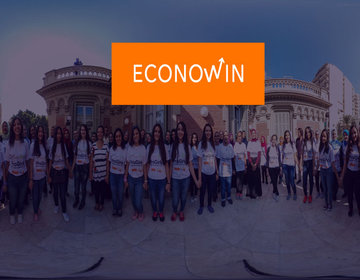 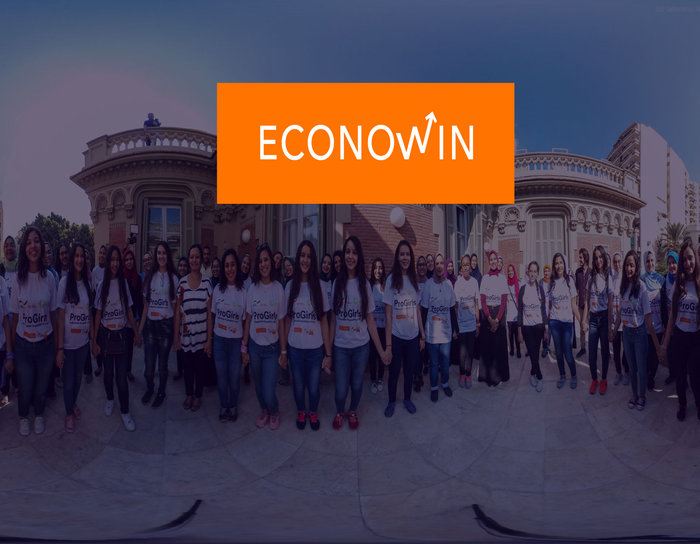 No future without GEN Z: GIZ and its virtual conference ‘EconoWin Couch Summit’ echoes the voices of a new female generation from North Africa, the Middle East and Germany

Cairo, Amman, Tunis, Casablanca, Rabat, Frankfurt, Berlin, 09.-17. June 2020. Through a series of 5 episodes girls and young women enter the debate with the leading companies of Middle East, North Africa and Europe. A new generation is emerging. Who are they? What do they aspire in life and in their future jobs? Are companies ready for them? 40 companies from North Africa, the Middle East (MENA) and Germany faced up to these debates, urgent enough with an eye on fundamental changes in the future labor markets.

The world of work will look even more challenging after the current crisis. Companies might have to re-think their strategies. Simultaneously the new generation changed: Gen Z – the labour force and the decision makers of tomorrow got more demanding, future talents are not any longer an easy catch. At the same time this generation and especially girls and young women are worried about their future. Aseel Nawafleh, 15 years, from Jubilee School in Jordan brings it to the point: “In our society, it is hard for girls to find activities that help them make decisions about their future!” It is high time to provide space for careful listening, hot debates, for spinning the web between generations.

“When Women Work, Economies Win“– this ‘motto’ holds true today and even more tomorrow. The GIZ programme EconoWin, commissioned by the German Federal Ministry of Economic Cooperation and Development (BMZ), GIZ, the Union for Mediterranean, Siemens and about 40 other partnering companies in the MENA region and Europe have forged close ties to jointly provide the space for this virtual adventure: “The greatest asset of the younger generation of women is how they value truth, stand for who they are and don’t back down until they bring about the change they want to see. It’s beautiful, powerful and something we can all learn from(…)” stated Natalia Oropeza, Chief Cybersecurity Officer & Chief Diversity and Inclusion Officer at Siemens and an impressive role model for the upcoming generation.

Opened by Parliamentary State Secretary of the German Federal Ministry for Economic Cooperation and Development, Dr. Maria Flachsbarth and Managing Director of the GIZ, Mr. Thorsten Schaefer-Guembel, this summit was touching the crucial questions: Gender Diversity post Corona, is that like ‘chasing a unicorn’? Of course not! But the discussions will become sharper. A recent DELL Technologies study says 80% of jobs emerging by 2030 are not yet invented today! What does it mean for the ‘Career Path’ tomorrow? Companies self-assured by their advanced HR policies underwent a reality check: do they provide realistic and promising prospects for young woman? And not only debates but real solutions are taken back home: 4 groups of female talents from the MENA region were competing and presented successfully their solutions for the companies: quick and effective how-to better access themselves as future female talent pool, all honored by an outstanding Jury: Malika Youssoufine, Human Resources Director of LafargeHolcim Morocco, Natalia Oropeza, Chief Cybersecurity Officer & Chief Diversity and Inclusion Officer of Siemens Group and Bernd Dunnzlaff, Head of Division of the German Federal Ministry of Economic Cooperation and Development.

“There will be no economic recovery without a remedy for the real pandemic, and the real pandemic is the absence of gender justice” stated Mohammed ElRazzaz, Project Analyst for Social, Digital and Creative Economy, who joined the debate club as representative from the Union for the Mediterranean.

A key element of EconoWin is the building of strong networks between forerunner companies from the MENA region and Europe. This summit exhibited the companies harvesting from this network. All crucial actors in this field could widen their perspectives: Gen Z broke the patterns of the well-known discussions and they’ll play in future an indispensable role in this ongoing dialogue: ‘No future without Gen Z!’ the girls and young women are on board.

About the GIZ and EconoWin:

EconoWin – Economic Integration of Women in the MENA Region – aims to improve the conditions for the economic integration of women in the MENA region. The programme is realizing tangible projects in close cooperation with partnering companies and is part of a special initiative for stabilization and development in North Africa and the Middle East implemented by the German Federal Ministry of Economic Cooperation and Development (BMZ). Projects realized within the framework of the initiative create economic and social prospects in the MENA region. For further information see the BMZ website.