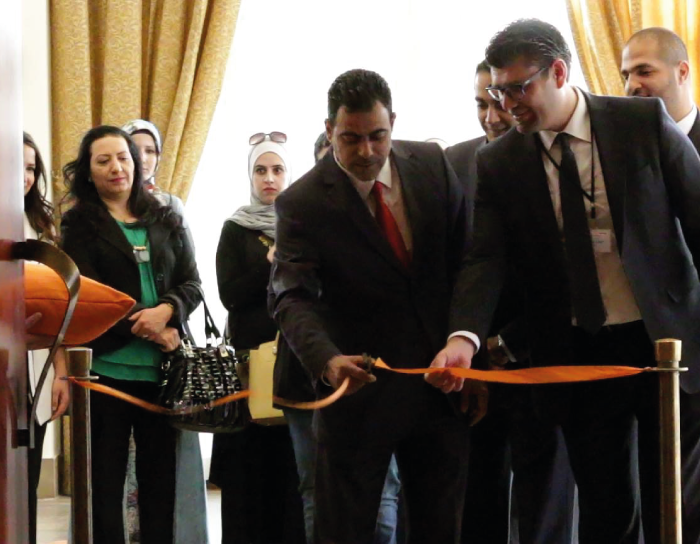 Under the Patronage of His Royal Highness Crown Prince Al Hussein bin Abdullah II, Akhtaboot has successfully launched its first job fair in Aqaba “Akhtaboot 7th Job Fair 2016 – Aqaba” on the 9th and 10th of November 2016, providing over 1,700 vacancies.

Attending on behalf of His Royal Highness Crown Prince Al Hussein bin Abdullah II, H.E. Mr. Abdallah Yaseen, Commissioner of City Affairs at Aqaba Special Economic Zone Authority (ASEZA), opened the job fair which was attended by over 3,000 job seekers and 25 companies covering a wide range of industries. The two-day job fair was held at Dhana Hall, The intercontinental Hotel Aqaba, and was supported by the USAID Jordan Competitiveness Program.

USAID JCP was represented at the opening ceremony by Ms. Nabila Salman, Deputy Chief of Party – Operations, who she said:

“We are happy to support this event as we recognize the importance of such fairs in Aqaba and linking job seekers to investors. We also look forward to hearing more on the future cooperation and job fairs being organized between Akhtaboot and ASEZA.”

“The success of our first career event in Aqaba is a testament to the vibrant and growing economy that we have in the South. Akhtaboot will continue to host Job fairs with the intention of helping companies recruit talent as well as provide opportunities to our job seekers all over Jordan.”

Akhtaboot is looking forward to launch the 8th edition of it’s annual job fair in 2017.

Can You Imagine Your Life Without Work?