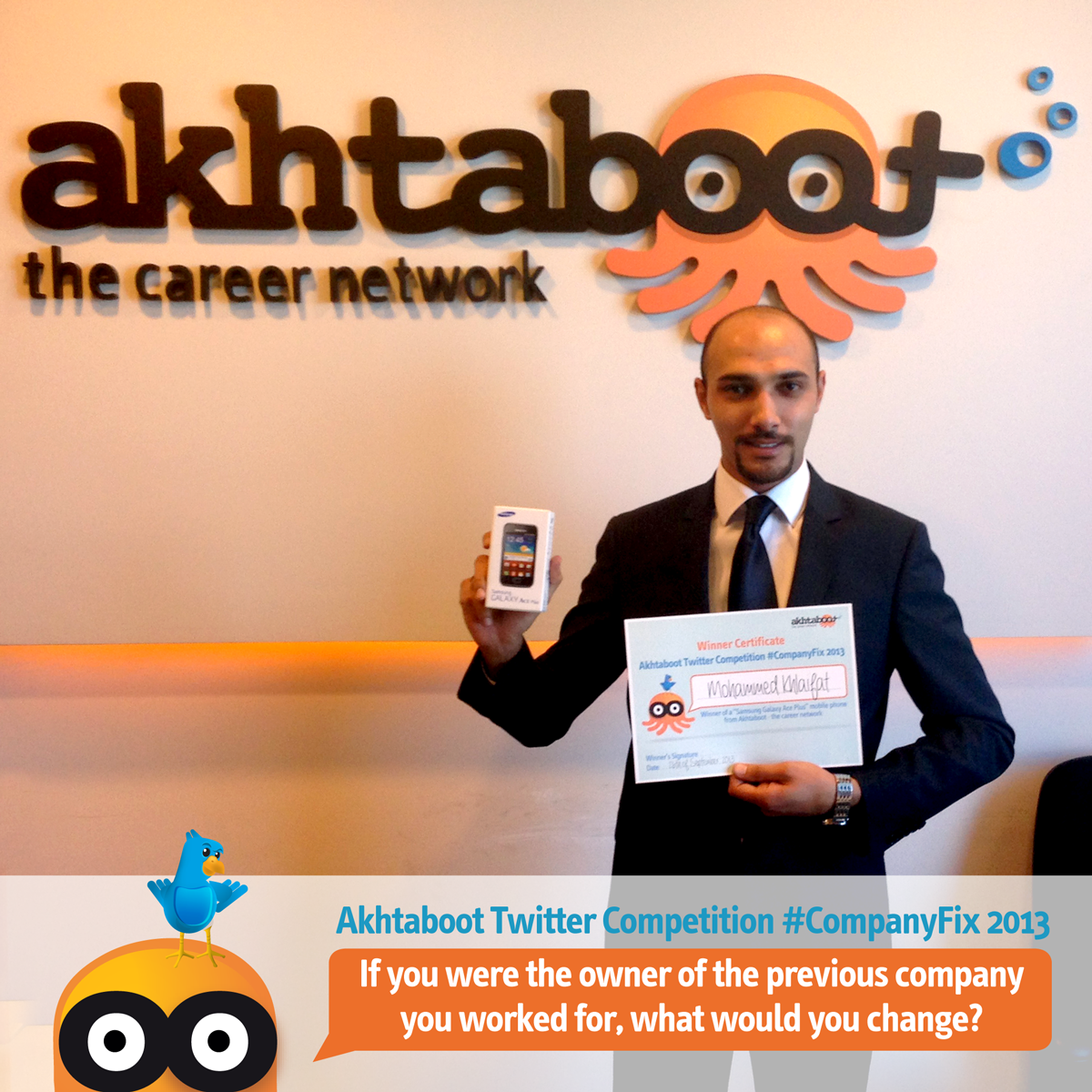 Akhtaboot – the career network is proud to announce Mohammed Khlaifat as the winner of its twitter competition 2013 – #CompanyFix. The competition attracted hundreds of eager participants from all over the Middle East who shared their creative answers to the question, “If you were the owner of the previous company you worked for, what would you change?”

Mohammed Khlaifat was one of the 5 finalists whose creative tweets were posted on Akhtaboot website for people to ‘retweet’, and after receiving the highest number of retweets from members, friends and viewers, Mohammed was announced winner of #CompanyFix.

“We are happy to announce the winner of Akhtaboot’s Twitter competition, “#CompanyFix”. The contest was conducted to reward one of the thousands of Akhtaboot’s loyal followers of @akhtaboot on Twitter. The energy and enthusiasm of our users continue to affirm the success of our efforts in linking the right person to the right career opportunity.”

Twitter Competitionwinner of mobile phonewinner of Samsung galaxy ace plus

How to Resign from Your Job in Style!