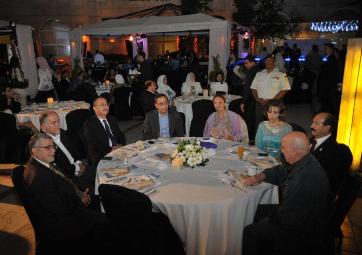 As part of Akhtaboot’s continuous efforts to help the less fortunate in pursuing their education and finding the right career path, Akhtaboot Cares Initiative (ACI) has recently participated in the Leader in Progress Scholarship Fund Initiative, a charity program organized by the students of the School of Management and Logistics Sciences of the German Jordanian University.

Akhtaboot Cares Initiative – Akhtaboot’s CSR Arm – provided a donation for the purpose of supporting outstanding orphan students in pursuing their university education. In addition, Akhtaboot will also take an active role in helping the orphan students in planning their career paths and in landing the right job upon graduation.

The Akhtaboot Cares Initiative (ACI) is a comprehensive CSR program that was developed through partnerships with a number of second parties and educational institutions in the Middle East and GCC region. Through the ACI Akhtaboot maintains an ongoing presence in the region’s educational institutions and career-related events by developing and executing specific training programs that are tailor-made to educate graduates-to-be and job seekers on how to approach the job market and to smoothen their transition into the professional world.

About The Leader in Progress Scholarship Fund

The Leader in Progress scholarship fund was created by the German Jordanian University students who wanted to contribute to the society of our beloved country, Jordan. This initiative is intended to close the gap social classes and even the wider gap between large businesses and social institutions. Driven by the vision of his majesty King Adbulla II, the initiative is geared mainly toward youth education.

Google Adwords Case Study on Akhtaboot as a Success Story: Akhtaboot is Taking on the Online Recruitment Market with all 8 Tentacles!