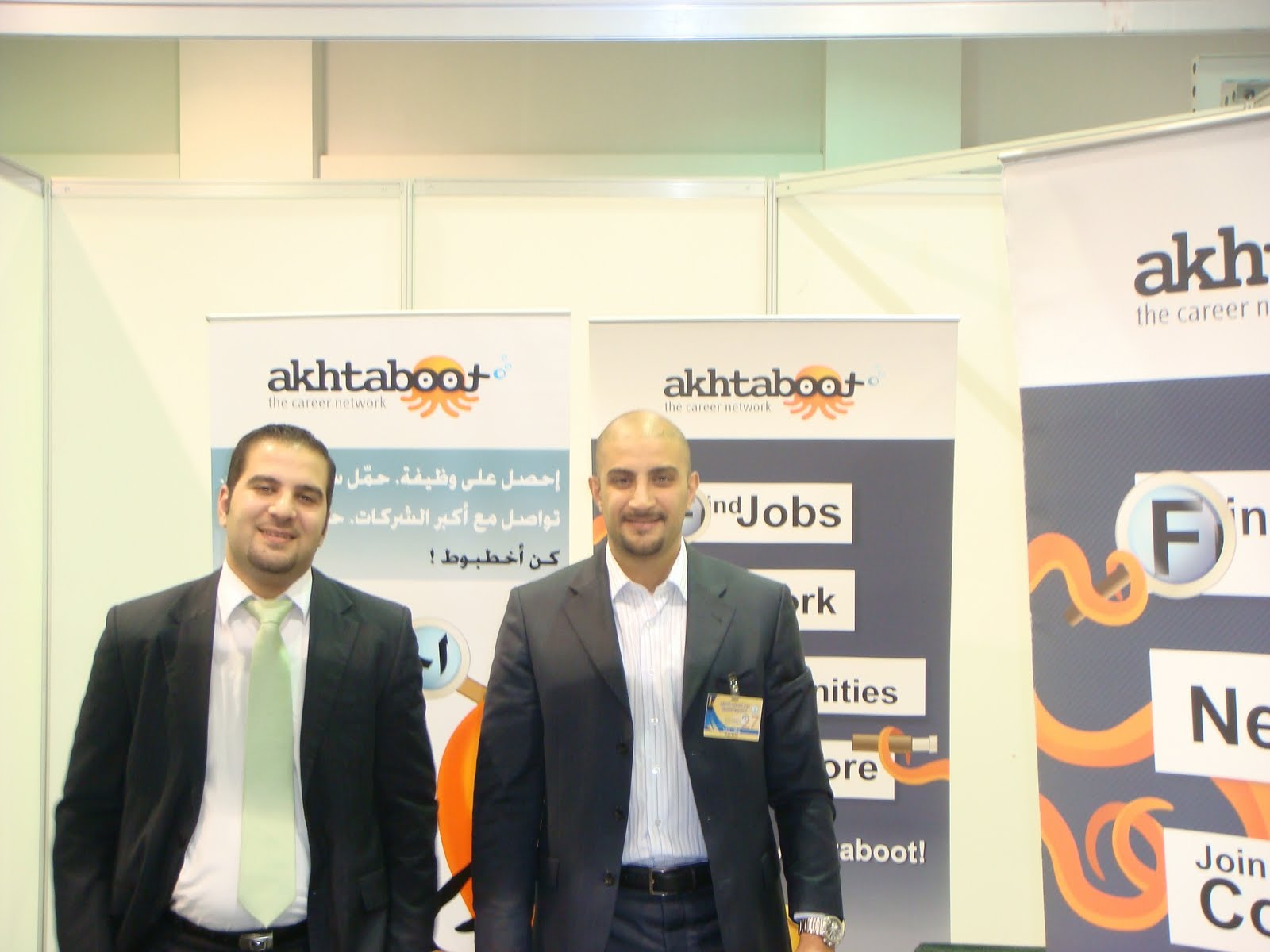 As part of Akhtaboot’s ongoing efforts to strengthen its presence as the leading recruitment solution provider for the Middle East and GCC region, Akhtaboot has participated in King Fahd University of Petroleum and Minerals Open Day for Employment, which was held on KFUPM campus during the period 17th – 20th of May, 2010, in Dahran, KSA.

The annual job fair was organized by KFUPM and was held under the Patronage of His Royal Highness Prince Mohammed Bin Fahad Bin Abdul Aziz Al Saud, Governor of the Eastern Province. For the 27th year in a row, around 120 government organizations, private companies and institutions were invited to exhibit their field of activity, offer employment and training opportunities as well as to become acquainted with the University and its range of specializations.

The job fair was attended by 2,500 university students and job seekers, as the first 2 days were dedicated for KFUPM students only and the other 2 days were open for the public. Akhtaboot’s booth was approached by about 1,000 high caliber job seekers who truly reflected the high educational standards that KFUPM is known for.
Akhtaboot’s participation in this event marks its commitment to establishing a cooperative partnership between Akhtaboot and KFUPM, while maintaining an ongoing presence within KFUPM campus through the Akhtaboot Cares Initiative – Akhtaboot’s CSR arm.

Akhtaboot’s recruitment services were described by both companies and job seekers as unique and effective due to the user-friendly website, unique brand and excellent team, which as a result attracted a number of major companies who were looking to recruit high caliber candidates through Akhtaboot.

Akhtaboot Participates in Meydan Launch at Zara Expo on May 15th