Akhtaboot at NYIT IT and Telecommunications Open Day 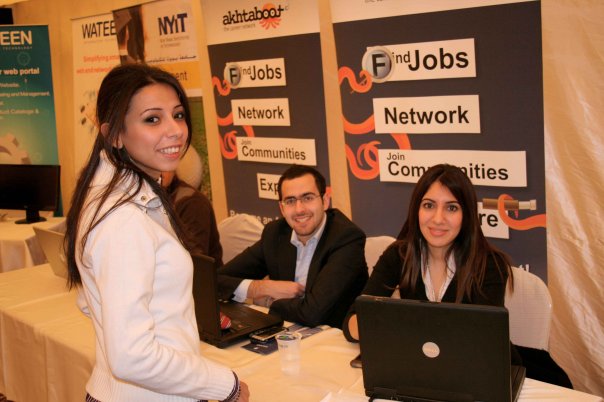 Last Saturday, the New York Institute of Technology (NYIT) and Akhtaboot teamed up with a number of leading IT and Telecommunications Companies in Jordan to put together the IT & Telecommunication Open Day for both students of NYIT and job seekers who are interested in working within the ICT sector.

The fair took place at the NYIT campus, which is close to the 6th circle, and was hosted by approximately 10 of the top ICT companies in the country. Human resources and IT representatives from these companies were there to inform the attendees about their businesses as well as to showcase their new products and IT solutions.

A significant number of students and job seekers attended the full-day event, which took place from 12 noon until 8pm. The event was widely covered in the national media by Rotana Radio, Akhtaboot’s website Al-Ghad Newspaper and Al-Rai Newspaper. 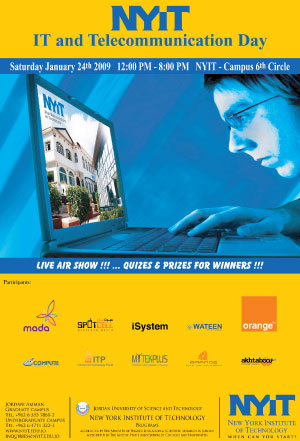 So you have a great business idea in your head? Want to start your own venture? Here is how!