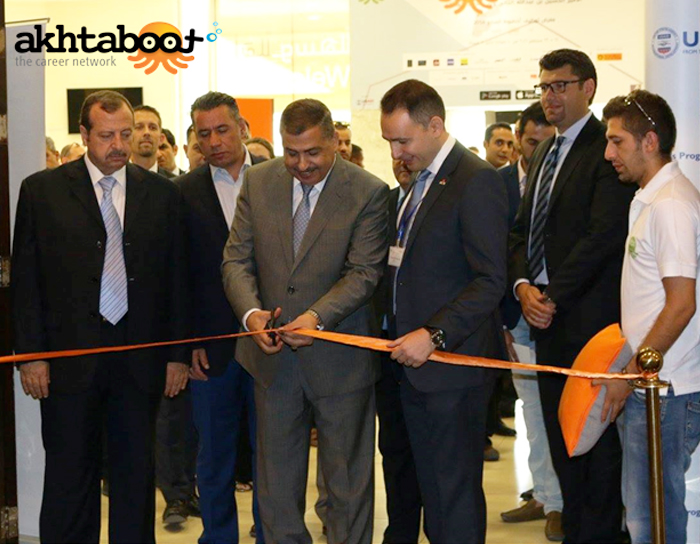 Mr. Yousef Shamoun, CEO and Co-founder of Akhtaboot said: “We are pleased to report the success of the 7th edition of Akhtaboot’s job fair in Amman, which is demonstrated by the large turnout of job seekers as well as the number of participating companies. This success is derived from the vision of our corporate social responsibility program “Akhtaboot Cares Initiative”, which aims to support the job search efforts of our Jordanian candidates, both men and women, while introducing them to the available job opportunities in addition to providing free career-related workshops for the purpose of strengthening the concept of employability education.”

“Both the number of people in attendance today as well as their impressive qualifications are an indication of how much talent there is in Jordan – talent which we hope the employers here today will take advantage of as they grow their businesses and look to expand regionally and globally,” said Mr. Bauer. “USAID is proud to support this effort.”

Akhtaboot is currently preparing to launch its upcoming job fair in Aqaba, which will take place on the 9th and 10th of November 2016 at Dhana Hall, Intercontinental Hotel Aqaba.

Book your booth at the upcoming Akhtaboot Job Fair 2016 – Aqaba on the 9th and 10th of November by visiting:  https://www.akhtaboot.com/en/job-fair/aqaba

NAJAH Abu Dhabi to Put Education at Forefront for Visitors